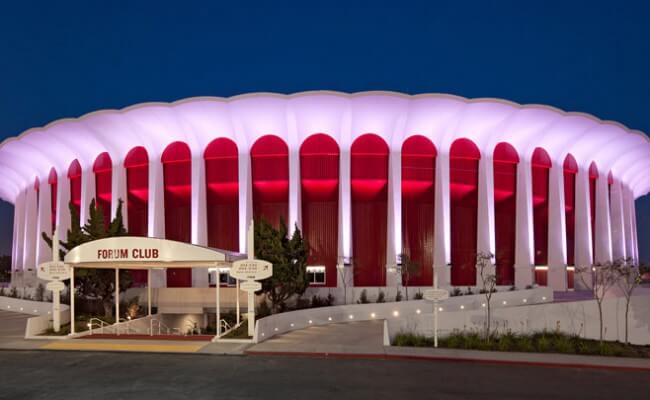 Construction on Cooke’s new arena, the Forum, was not yet complete when the 1967 – 1968 season began, so the Kings opened their first season at the Long Beach Arena in the neighboring city of Long Beach on October 14, 1967, defeating the Philadelphia Flyers 4–2. For the next two months, the Kings played their home games both at Long Beach and at the Sports Arena. The “Fabulous Forum” finally opened its doors on December 30, 1967, with the Kings being shut out by the Flyers, 2–0.