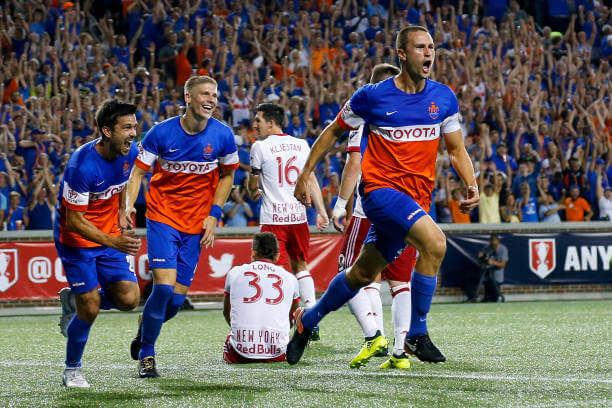 The owners of the USL club began negotiations with Major League Soccer over a potential expansion franchise in early 2016, and Cincinnati was announced as one of ten cities that had expressed interest in the slots for teams 25 to 28. MLS Commissioner Don Garber visited Cincinnati in December 2016 to tour Nippert Stadium and meet with city and club officials, complimenting the city and its fans. FC Cincinnati formally submitted its expansion bid in January 2017, including a shortlist of potential stadium locations.

On May 29, 2018, Major League Soccer announced that Cincinnati would join the league in 2019 as an expansion team under the FC Cincinnati brand. The West End Stadium, a 26,000-seat soccer-specific venue in the West End, is scheduled to open in 2021.

FC Cincinnati signed their first two MLS players, Fanendo Adi and Fatai Alashe, in July 2018. Adi was the team’s first designated player. Both players were loaned to the FC Cincinnati USL team for the remainder of the 2018 season.