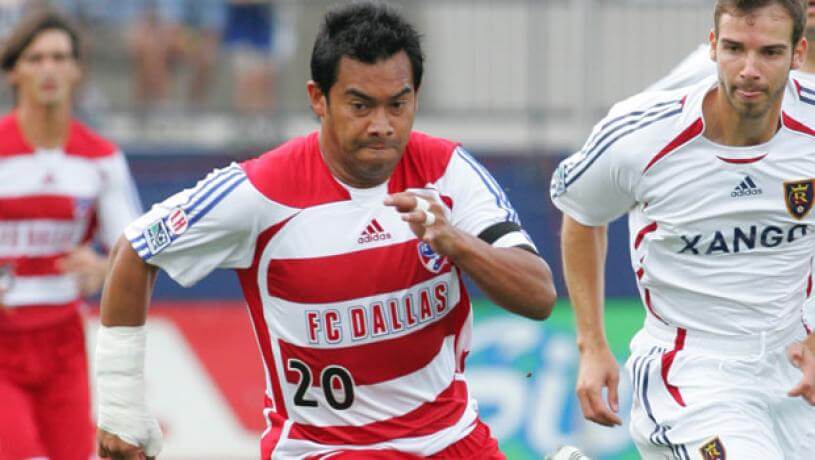 In March 2005, FC Dallas signed Guatemalan forward Carlos Ruiz, who had scored 50 goals in 72 games for the Galaxy and earned the MVP award for helping them to the 2002 MLS Cup. On August 6, FC Dallas played their inaugural game at Pizza Hut Park and tied the New York/New Jersey MetroStars, 2–2. Ranked second in the West behind the San Jose Earthquakes, Dallas returned to the playoffs for the first time in two seasons, losing in the conference semifinals to Colorado in a penalty kick shootout, with Roberto Miña’s attempt saved by Joe Cannon. In 2006, the team finished the regular season at the top of the Western Conference, but lost in the playoffs in the conference semifinals again, leading to Clarke’s dismissal. He was replaced by Steve Morrow. In 2007, a third consecutive playoff appearance ended at the same stage with a 4–2 aggregate defeat to fellow Texas club, the Houston Dynamo, who would go on to win their second consecutive MLS Cup. In 2005 and 2007, Dallas reached its first two U.S. Open Cup finals since its 1997 victory, losing both by one-goal margins to the Galaxy and the New England Revolution respectively. For the following two seasons, Dallas missed the MLS playoffs. During the 2008 season, Morrow was replaced by Schellas Hyndman. In 2009, the club signed Bryan Leyva as the club’s first Homegrown Player from its development academy.