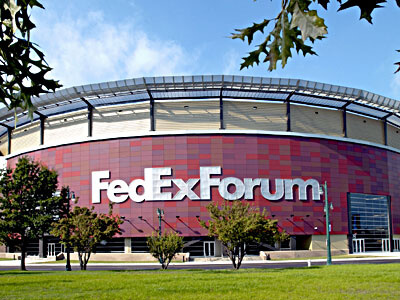 FedExForum is an arena located in downtown Memphis, Tennessee. It is the home of the Memphis Grizzlies of the NBA, whom previously played home games at the Pyramid Arena. The arena officially opened in September 2004 after much debate and also a derecho wind storm on July 22, 2003 that nearly brought down the cranes that were building it near the famed Beale Street. It was built at a cost of $250 million and is owned by the City of Memphis; naming rights were purchased by one of Memphis’ most well-known businesses, FedEx, for $92 million. FedExForum was financed using $250 million of public bonds, which were issued by the Memphis Public Building Authority (PBA).