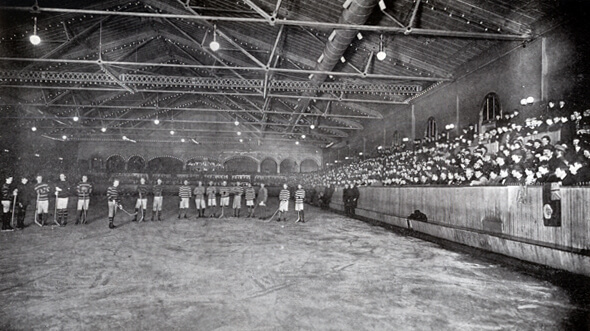 In 1928, financial problems forced James Callahan to sell the team to an ownership group which included Bill Dwyer, an early Prohibition gangster and bootlegger, and Benny Leonard, a fight promoter and ex-lightweight boxing champion, as his frontman. Despite the sale of the team, things didn’t improve on the ice for the Pirates. The team’s coach, Odie Cleghorn left the team at the end of the 1928 – 1929 season to become a referee. Frank Fredrickson was then named the team’s coach. Another major change came with the team’s uniforms, as the Pirates’ color scheme changed to black and orange.

The Pirates’ 1929 – 1930 season was their fifth season in the NHL, and what would eventually be their last. The season saw the Pirates achieve their worst win-loss record with a 5-36-3 record. With the stock market crash of 1929, followed by the Great Depression, the owners found themselves in financial difficulties. Attendance for games was down and the owners tried selling off their star players in order to make ends meet. The team was $400,000 in debt by the end of their final season and in need of a replacement for the aging Duquesne Gardens.