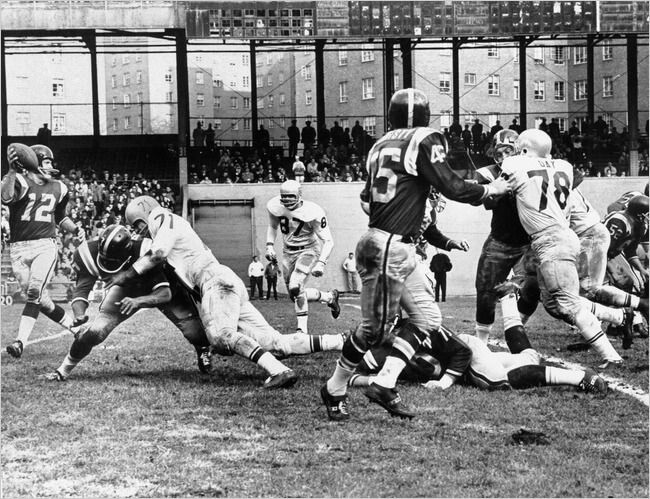 1962 - Financial Problems for the Titans

He secured the Titans’ home field at the decrepit Polo Grounds, where the team struggled financially and on the field during its first three years. By 1962, the debt continued to mount for Wismer, forcing the AFL to assume the costs of the team until the season’s end.

A five-man syndicate, headed by Sonny Werblin, saved the team from certain bankruptcy, purchasing the lowly Titans for $1 million. Werblin renamed the team the New York Jets since the team would play in Shea Stadium near LaGuardia Airport.