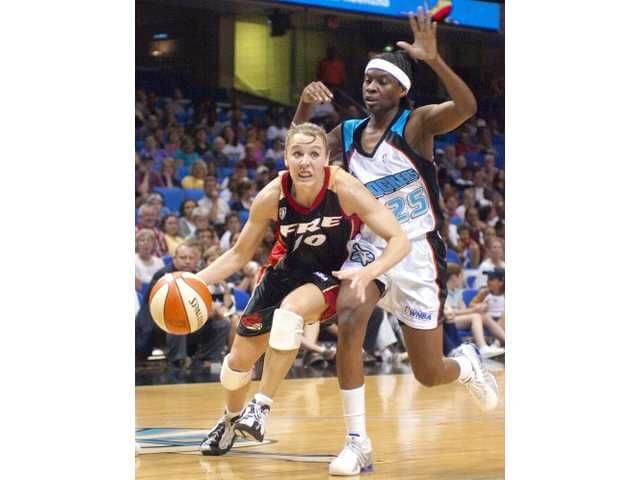 The 2002 season proved to be the Portland Fire’s swan song season, but most improved. After this season, the WNBA sold ownership of their franchises to owners of their counterpart NBA teams or to third parties. Fire chairman Paul Allen’s continued financial problems with what was seen league-wide as an underachieving TrailBlazers team put him out of the running to buy the Fire franchise and led to the Portland Fire folding in 2002. A group led by Clyde Drexler and Terry Emmert attempted to buy the franchise, but a deal was not made. With this, the Fire became the only WNBA franchise not to make the playoffs to win a conference and WNBA title, and along with the Miami Sol, the WNBA franchise with the shortest lifespan.