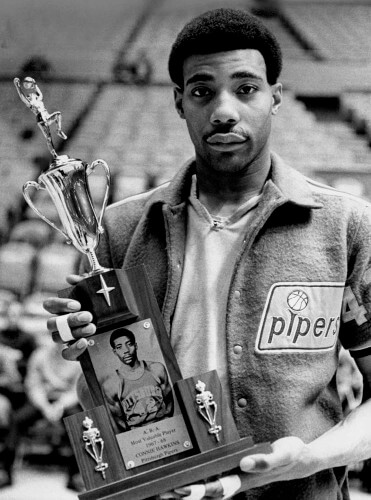 This was the first ABA championship.

The Pittsburgh Pipers won the ABA championship in the playoffs after posting the league’s best record during the regular season (54-24, .692). The Minnesota Muskies had the league’s second best record, but they played in the Eastern Division with the Pipers.

Connie Hawkins of the Pittsburgh Pipers was the Most Valuable Player of the ABA playoffs.

None of the four teams that made it to the Division finals (and ABA finals) remained as they were during this season throughout the league’s entire existence. The Pittsburgh Pipers spent the following season as the Minnesota Pipers, returned to play as the Pittsburgh Pipers the year after that, and then played two seasons as the Pittsburgh Condors before folding in 1972. After three seasons the New Orleans Buccaneers left town and became the Memphis Pros in 1970. The Minnesota Muskies spent the next two seasons as the Miami Floridians and then spent two seasons after that as The Floridians before folding in 1972. The Dallas Chaparrals eventually became the San Antonio Spurs, continuing to this day in the NBA.