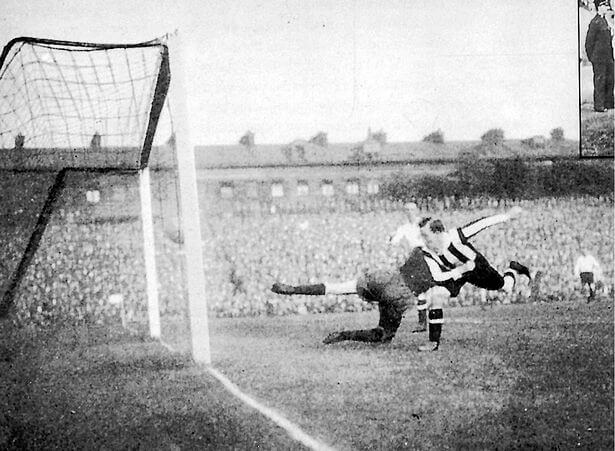 The team returned to the FA Cup final in 1924, in the second final held at the then-new Wembley Stadium. They defeated Aston Villa, winning the club’s second FA Cup. Three years later, they won the First Division championship a fourth time in 1926 – 1927, with Hughie Gallacher, one of the most prolific goal scorers in the club’s history, captaining the team. Other key players in this period were Neil Harris, Stan Seymour, and Frank Hudspeth.