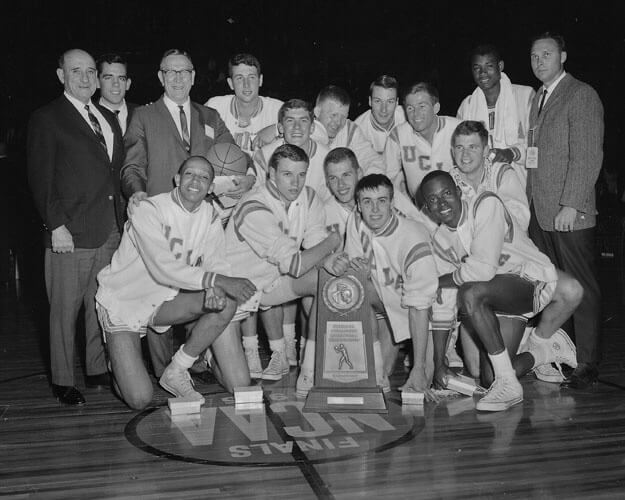 The 1965 NCAA University Division Basketball Tournament involved 23 schools playing in single-elimination play to determine the national champion of men’s NCAA Division I college basketball. It began on March 8, 1965, and ended with the championship game on March 20 in Portland, Oregon. A total of 27 games were played, including a third-place game in each region and a national third-place game.

UCLA, coached by John Wooden, won the national title with a 91–80 victory in the final game over Michigan, coached by Dave Strack. Bill Bradley of Princeton was named the tournament’s Most Outstanding Player.

UCLA finished the season with 28 wins and two defeats. In the championship game, the Bruins shot 56.9% with Gail Goodrich’s 42 points and Kenny Washington’s 17 points to become the fifth team to win consecutive championships.

Of note, this was the last NCAA Tournament for Henry Iba of Oklahoma State.