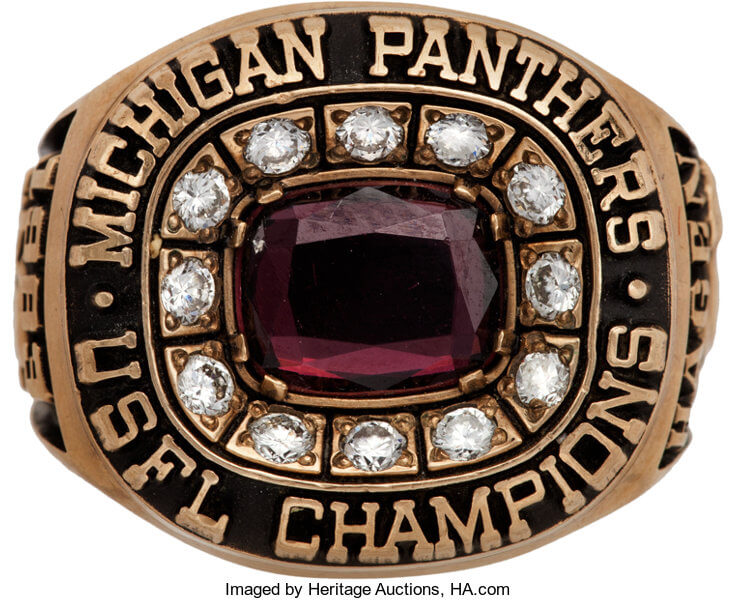 In the playoffs, the Panthers hosted the Western Division champion Oakland Invaders before a USFL-record crowd of 60,237. The Panthers’ decisive 37–21 victory vaulted them to the inaugural USFL Championship Game in Denver, Colorado.

On July 17, 1983, the Panthers captured the USFL’s first championship with a 24–22 win over the Atlantic Division champion Philadelphia Stars. QB Bobby Hebert hit WR Anthony Carter on a 48-yard touchdown strike with 11:59 left in the fourth quarter for what proved to be the deciding score. Hebert was named MVP of the game, throwing for 319 yards and three touchdowns.