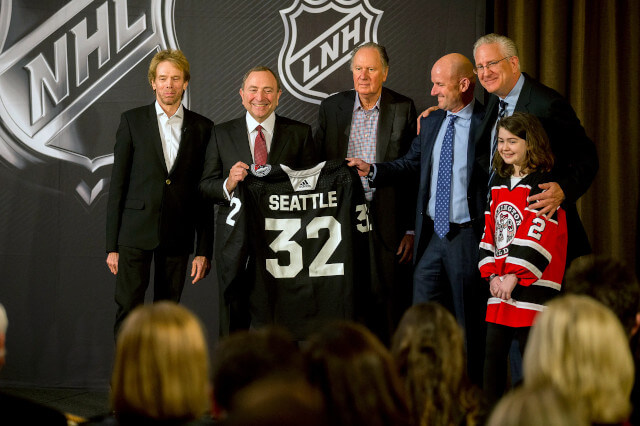 The NHL Board of Governors voted unanimously to approve Seattle’s expansion team on December 4, 2018. Seattle will begin to play in the 2021 – 2022 seasons as a member of the Pacific Division in the Western Conference; therefore the Arizona Coyotes will shift from the Pacific Division to the Central Division to balance out the four divisions at eight teams each. An expansion draft will be held in a similar manner to a previous expansion draft held in 2017 for the Vegas Golden Knights, who will be exempt from it. In May 2019, the team launched an interactive “fan portal” where fans can weigh in on the team name and uniform colors, answer poll questions, get information about ticket pricing and seating, and view a timeline of past and future key events involving the club and a section that spotlights some of the season-ticket depositors.