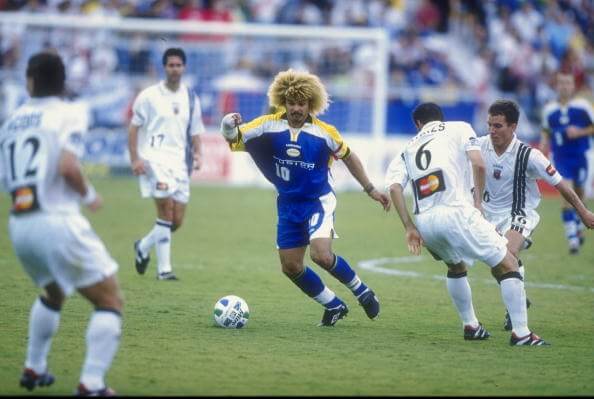 Major League Soccer announced a South Florida team in 1997 as one of its first two expansions, along with the Chicago Fire. Miami businessman Ken Horowitz served as owner, the first new investor to join Major League Soccer since its founding in 1995. The team ultimately named the Miami Fusion, debuted in the 1998 MLS season, playing in Lockhart Stadium, the league’s first soccer-specific stadium.

The Fusion started their inaugural season strong. Led by star midfielder Carlos Valderrama, the Fusion drew 20,450 to their first game at Lockhart Stadium against D.C. United, showing off the possibilities of a more intimate venue designed especially for soccer. Another 3,000 were turned away by police. However, interest waned through the year along with the team’s middling performance on the field. The Fusion replaced head coach Carlos “Cacho” Cordoba with Ivo Wortmann after game 19, and the team managed a playoff spot, losing to D.C. By the end of the year, their average attendance had dropped to 10,284.