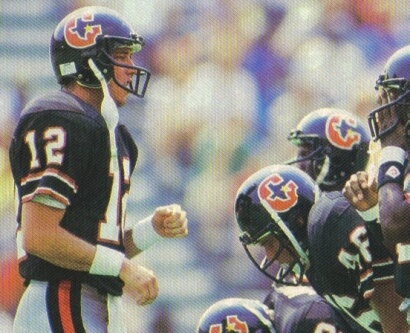 The Houston Gamblers were one of six expansion teams in the USFL’s second season. They got a big break when they were able to sign Miami Quarterback Jim Kelly, who despite being picked in the first round of the NFL Draft by the Buffalo Bills chose the upstart spring league over a reluctance to play in cold weather. Kelly would be the central part of Jack Pardee’s high flying run and shoot offense. The offense was the brainchild of Offensive Coordinator Mouse Davis, which was focused on speedy outside receivers and eliminated the Tight End position in favor of a vertical fast paced attack.