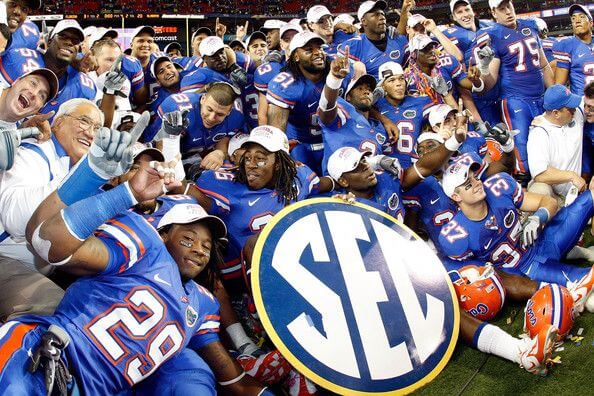 The 2008 Florida Gators football team represented the University of Florida in the sport of American football during the 2008 NCAA Division I FBS football season. The Gators competed in the Football Bowl Subdivision (FBS) of the National Collegiate Athletic Association (NCAA) and the Eastern Division of the Southeastern Conference (SEC) and played their home games in Ben Hill Griffin Stadium on the university’s Gainesville, Florida, campus. They were led by fourth-year head coach Urban Meyer.

After clinching the SEC East, the Gators defeated then top-ranked Alabama Crimson Tide 31–20 in the SEC Championship Game to win their eighth conference title. They capped their season by defeating the Oklahoma Sooners in the BCS National Championship Game 24–14. The Gators finished the season ranked No. 1 in the AP Poll and the Coaches’ Poll.