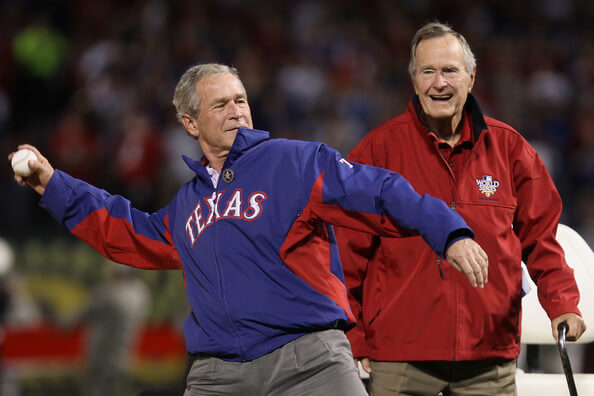 In April 1989, Rangers owner and oil tycoon Eddie Chiles sold the team to an investment group headed by George W. Bush, son of the President of the United States, George H. W. Bush. After hearing that Chiles planned to sell the team, Bush headed a group of investors that bought the team for $89 million. While his own equity in the team was a small one (approximately 1%), he was named Managing General Partner of the new ownership group. He increased his investment the following year.