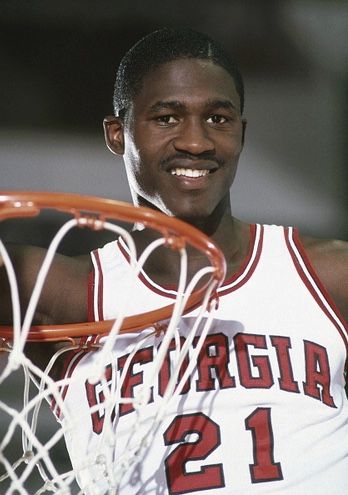 Wilkins then starred in the McDonald’s All-American Game, The Capital Classic, The Kentucky Derby Festival Classic, and The Dapper Dan Classic All-Star Games. He had 16 points and 12 rebounds in the McDonald’s, 26 points in the Capital, and 22 points in the Derby Classic. He entered the University of Georgia in 1979 with an established reputation as an exciting player. Wilkins averaged 21.6 points a game over his career and was named SEC Men’s Basketball Player of the Year in 1981. He left college after his junior year.