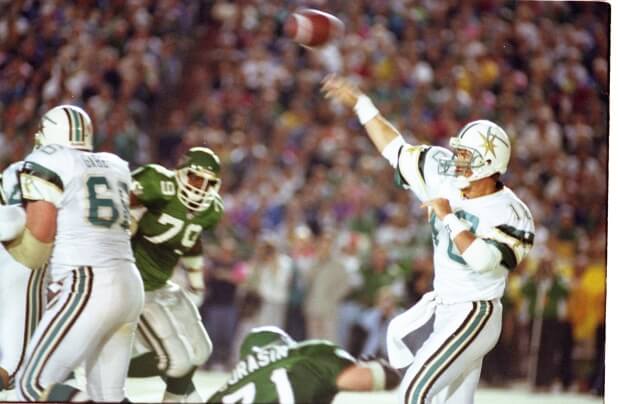 When the WLAF suspended operations in 1992, Surge owner Fred Anderson received a franchise in the CFL after that league expanded to the United States in 1993. The two teams could be seen as one and the same. The two entities had the same colors (aqua and yellow) and head coach (Kay Stephenson). Additionally, several players and administrators made the switch from the WLAF to the CFL. These players included starting quarterback David Archer, Carl Parker (WR), Rod Harris (WR), George Bethune (DT), Mike Oliphant (RB), and Mike Pringle (RB). One notable team administrator was Jack Youngblood, who was the Gold Miners’ Director of Marketing in 1993 and 1994, which was a similar post he held with the Surge in 1991 and 1992. Rick Mueller, the team’s wide receivers coach (after serving as a defensive assistant with the Surge) and later director of player personnel, later would become general manager of the Omaha Nighthawks in the United Football League.