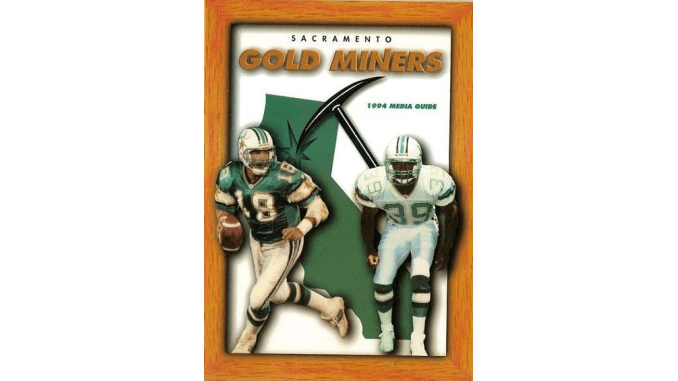 Deciding that Hornet Stadium was inadequate even for temporary use, Anderson decided to look for a new home for the Gold Miners. However, the only other football stadiums in the area, Sacramento City College’s Charles C. Hughes Stadium (a stadium the Surge had used in 1991) and UC Davis’ Toomey Field, were similarly unacceptable. Hughes Stadium was ruled out because it was used by several high schools; the CFL plays many games on Friday nights, the same night as most American high school football games. Toomey Field seated just over 10,000 people—only half the minimum capacity for a CFL stadium. Even if it could have been expanded, it was only connected to Sacramento by way of the narrow Yolo Causeway. In any event, the CFL frequently plays on Saturdays.

Faced with an unsustainable travel situation and the lack of a suitable facility, Anderson moved the team to San Antonio as the Texans for the 1995 CFL season. San Antonio had the benefits of having a brand-new stadium, the Alamodome, and was geographically close to the American CFL clubs in Shreveport, Memphis, and Birmingham, greatly reducing travel burdens. The Texans only played one season in San Antonio before the CFL exited the American market.