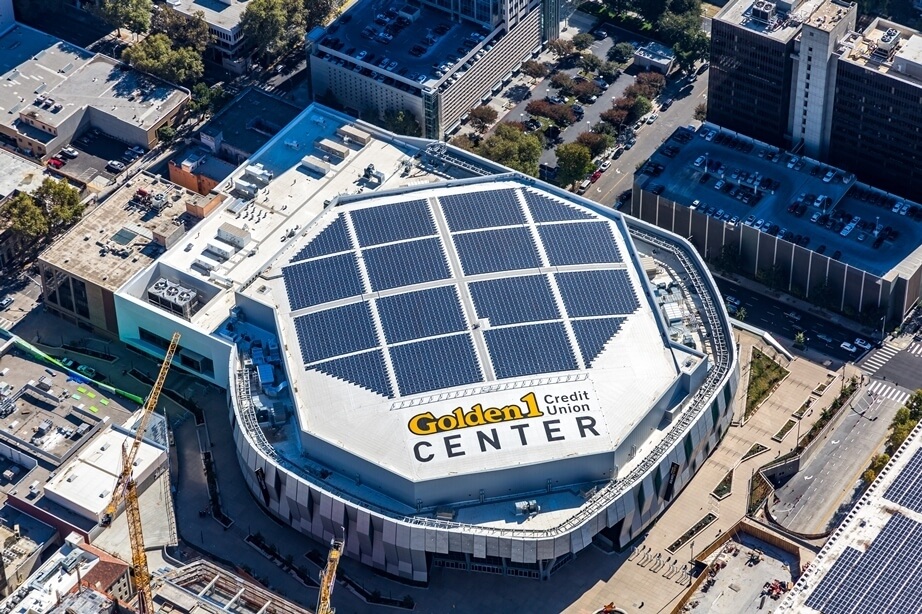 Golden 1 Center is a multi-purpose indoor arena, located in Downtown Sacramento, California. It sits partially on the site of the former Downtown Plaza shopping center. The publicly-owned arena is part of a business and entertainment district called Downtown Commons, otherwise known as DoCo, which includes a $250 million 16-story mixed-use tower.

The arena, which replaced Sleep Train Arena as the home of the Sacramento Kings of the National Basketball Association, hosts concerts, conventions, and other sporting and entertainment events. 34 luxury suites were sold to include all events year-round. Suite partners have access to three exclusive clubs on the premium level including two skyboxes that overlook the concourse and have a direct view of the outside. There are 48 loft-style suites. Capacity is expandable to about 19,000 to accommodate concert audiences.