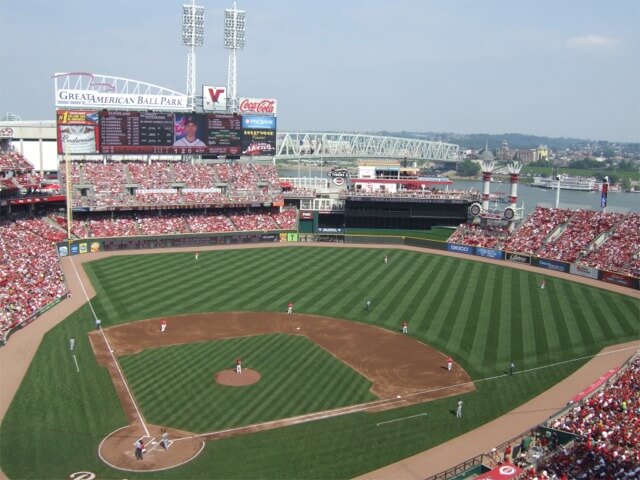 Great American Ball Park is a baseball stadium located in Cincinnati, Ohio. It is the home field of the Cincinnati Reds of Major League Baseball (MLB). It opened in 2003, replacing Cinergy Field (formerly Riverfront Stadium), which had been their home field from June 1970 to 2002. Despite the patriotic tone of the name, the park’s name comes from the Great American Insurance Group, which purchased the park’s naming rights through 2033.

Great American Ball Park was built by the architectural firms Populous (then HOK Sport) and GBBN at a cost of approximately US$290 million. It is located on the plot of land between the former site of Cinergy Field and US Bank Arena; it was known locally as the “wedge”. The limited construction space necessitated the partial demolition of Cinergy Field. It was fully demolished on December 29, 2002.