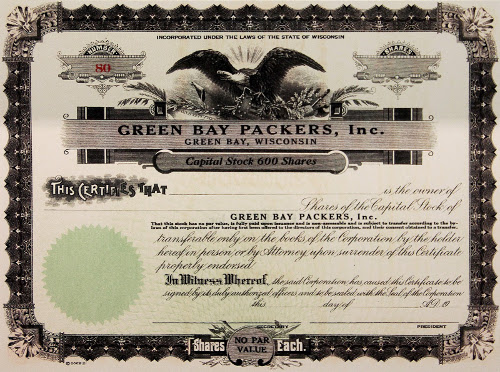 The Packers are the only community-owned team in American major league professional sports. Rather than being the property of an individual, partnership, or corporate entity, they are held as of 2015 by 360,584 stockholders. No one is allowed to hold more than 200,000 shares, which represents approximately four percent of the 5,011,557 shares currently outstanding. It is this broad-based community support and non-profit structure which has kept the team in Green Bay for nearly a century in spite of being the smallest market in all of North American professional sports.

Green Bay is the only team with this public form of ownership structure in the NFL, grandfathered when the NFL’s current ownership policy stipulating a maximum of 32 owners per team, with one holding a minimum 30 percent stake, was established in the 1980s. As a publicly held nonprofit, the Packers are also the only American major-league sports franchise to release its financial balance sheet every year.