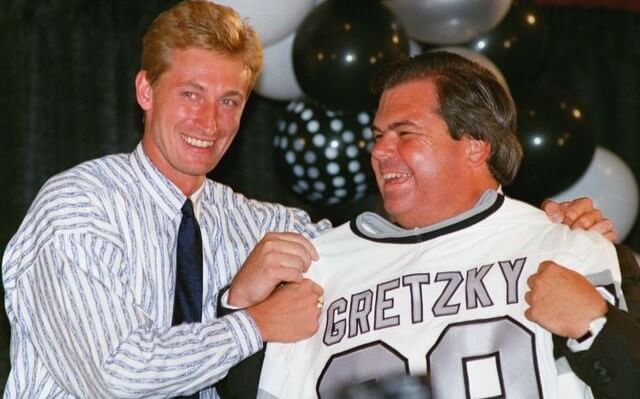 On August 9, 1988, McNall acquired the league’s best player, Wayne Gretzky, in a blockbuster trade with the Edmonton Oilers. The trade rocked the hockey world, especially north of the border where Canadians mourned the loss of a player they considered a national treasure. McNall also changed the team colors to silver and black.

On August 9, 1988, when he acquired the NHL’s biggest star, Wayne Gretzky, along with Marty McSorley and Mike Krushelnyski, from the Edmonton Oilers for Jimmy Carson, Martin Gelinas, three first-round draft choices and US$15 million. McNall raised Gretzky’s annual salary from less than $1 million to $3 million, which, in turn, triggered a dramatic rise in NHL salaries throughout the 1990s.