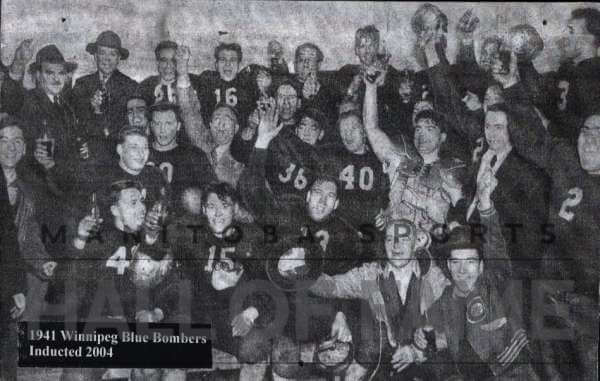 The 23rd Grey Cup was played on December 7, 1935, at Hamilton Amateur Athletic Association Grounds, with 6,405 fans in attendance. It marked the first time that a team from west of Ontario won the cup.

The Winnipeg ‘Pegs defeated the Hamilton Tigers 18 to 12.

The Winnipeg Blue Bombers defeated the Ottawa Rough Riders 8 to 7. The weekend of the match saw very low temperatures so the night before the game the groundskeepers attempted to warm the playing surface by lighting hundreds of litres of gasoline, nevertheless, the field was frozen again the next day.

The Canadian Football League’s 29th Grey Cup was played on November 29, 1941, before 19,065 fans at Varsity Stadium at Toronto.

The Winnipeg Blue Bombers defeated the Ottawa Rough Riders 18 to 16.