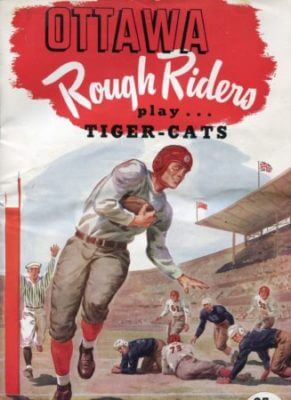 The 39th Grey Cup was the Canadian Football League’s championship game of the 1951 season, played on November 24, 1951.

The Ottawa Rough Riders defeated the Saskatchewan Roughriders 21 to 14 at Toronto’s Varsity Stadium before a crowd of 27,341 fans in the first Grey Cup match-up between the two similarly named teams.