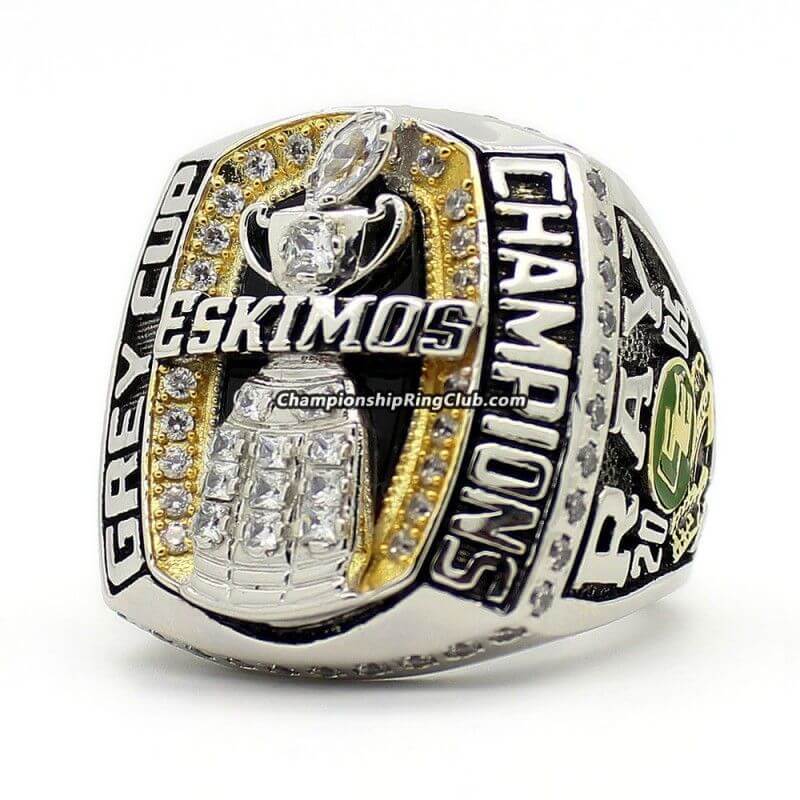 The 75th Grey Cup was the 1987 Canadian Football League championship game that was played at BC Place Stadium in Vancouver, between the Edmonton Eskimos and the Toronto Argonauts. The Eskimos defeated the Argonauts 38-36, on Jerry Kauric’s last second field-goal.

The 81st Grey Cup was the 1993 Canadian Football League championship game played between the Edmonton Eskimos and the Winnipeg Blue Bombers at McMahon Stadium in Calgary, Alberta. The Eskimos defeated the Blue Bombers 33-23 to win the Grey Cup.

The 91st Grey Cup was the 2003 Canadian Football League championship game played between the Edmonton Eskimos and the Montreal Alouettes on November 16 at Taylor Field, in Regina, Saskatchewan before 50,909 fans. The two teams had played during the previous year with Montreal winning, but this time the Eskimos won the game by a score of 34-22.

The 93rd Grey Cup game was held on November 27, 2005, at B.C. Place Stadium in Vancouver, British Columbia, between the Edmonton Eskimos and the Montreal Alouettes, to decide the winner of the 2005 season of the Canadian Football League. The Eskimos prevailed over the Alouettes in a 38–35 overtime victory. It was the first time in 44 years that a Grey Cup had gone into overtime (it would happen again in 2016). It was also the first Grey Cup to be presented in high-definition television.