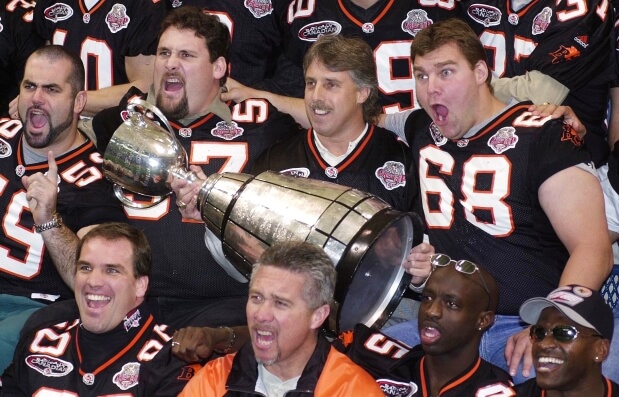 The 88th Grey Cup (Canadian Football League championship) was held in 2000 in Calgary. The BC Lions won the game 28–26 over the Montreal Alouettes. The Lions, who finished 8–10 with an overtime loss during the regular season, became the first team ever to finish with a regular season record below .500 and win the Grey Cup.