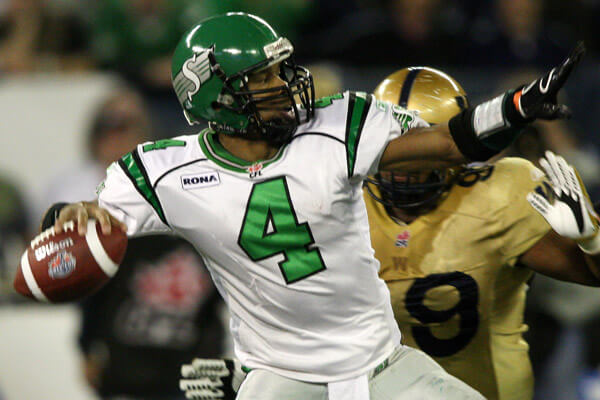 The 95th Grey Cup was held in Toronto at the Rogers Centre on November 25, 2007. The Grey Cup, first awarded in 1909, in the championship game of the Canadian Football League. It was played between the Saskatchewan Roughriders and the Winnipeg Blue Bombers, with the Roughriders winning 23 – 19. It was the first Grey Cup meeting between the two teams and was also the first time any Labour Day Classic matchup has been played in the Grey Cup.

The game was viewed by approximately 3.337 million viewers on CBC television, up from 3.202 million the previous year. This was the last Grey Cup and CFL game broadcast by CBC, as TSN became the exclusive TV home for the CFL the following season.