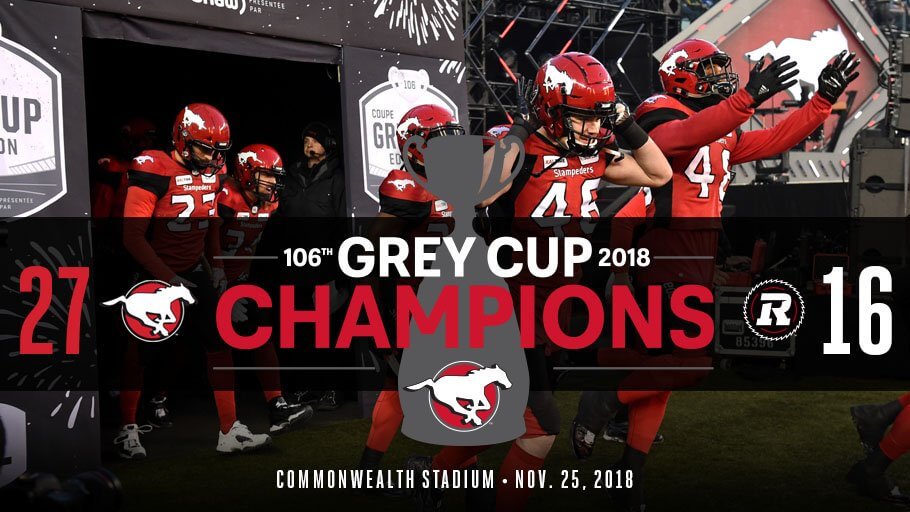 The 106th Grey Cup (branded as the 106th Grey Cup presented by Shaw for sponsorship reasons) was the Canadian Football League (CFL) championship game for the 2018 season. It was played on November 25, 2018, between the Ottawa Redblacks and the Calgary Stampeders at Commonwealth Stadium in Edmonton, Alberta.

In a rematch of the 104th Grey Cup, the Stampeders won 27–16, claiming their eighth Grey Cup Championship.