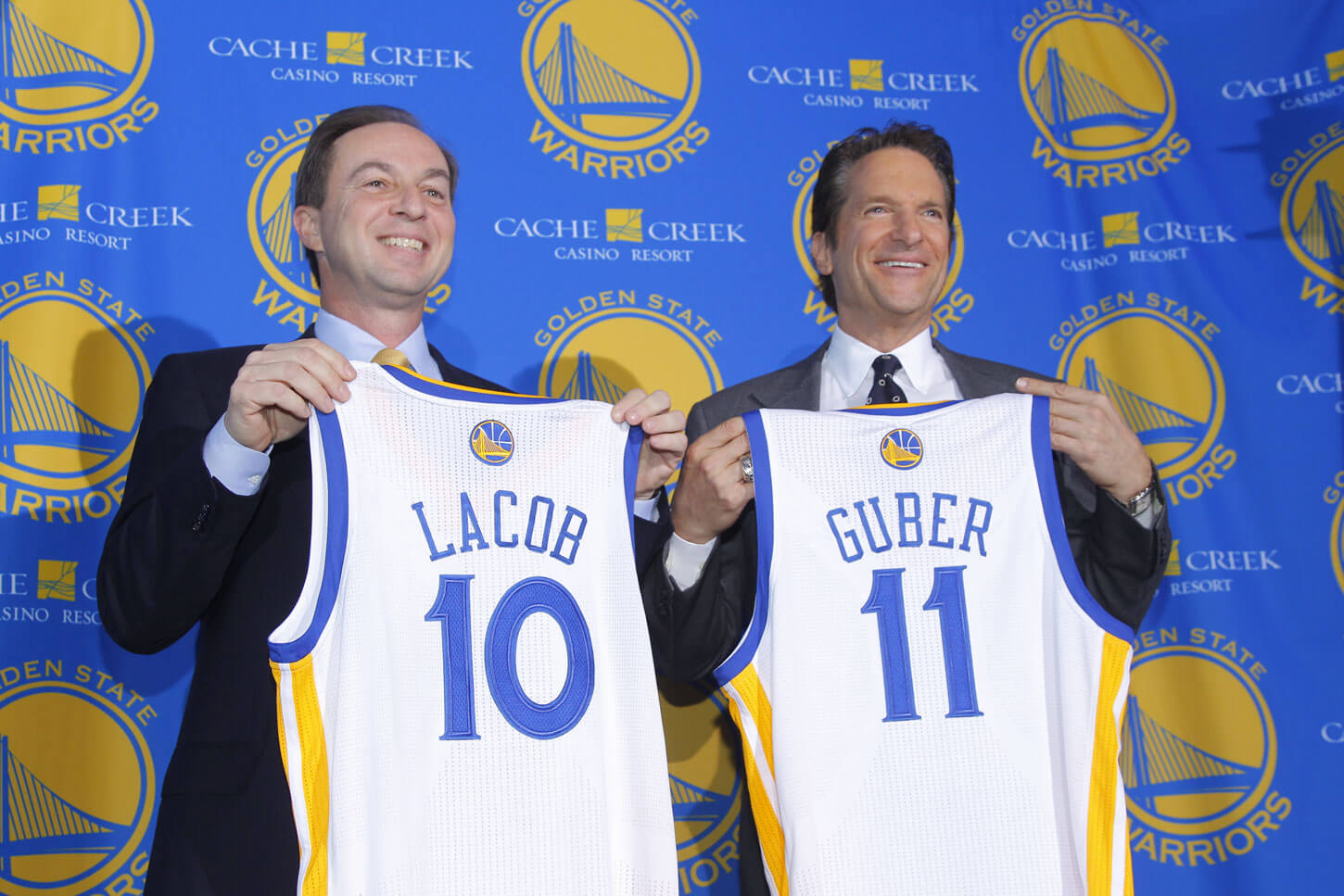 Peter Guber serves as the Co-Executive Chairman of the Golden State Warriors. As a co-managing partner, he joined Joe Lacob as the driving force behind the current ownership group’s NBA record-setting bid to purchase the Warriors in 2010.

Consultant Marc Ganis said of the purchase, “This could be one of the most valuable teams in the NBA.” The Golden State Warriors won the 2014 Sports Business Journal Award for Team of the Year, saying the team “continued a sharp trajectory in 2013 under owners Joe Lacob and Peter Guber that produced strong, extensive on- and off-court gains,”

Guber and Lacob agreed to buy 12 acres of land in San Francisco’s Mission Bay neighborhood to build a privately financed new arena. The move would mark the Warrior’s return to a home arena in San Francisco (from Oakland) for the first time in more than four decades. The opening is targeted for the 2018 – 2019 season.