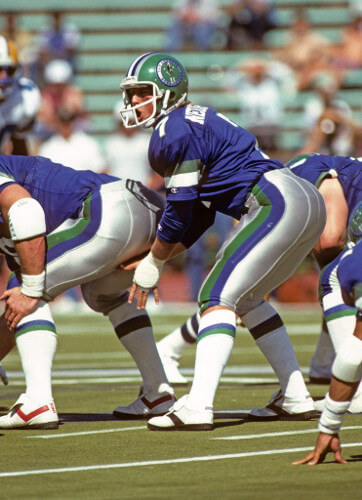 Going into the 1984 season, the USFL made the decision to expand to eighteen teams in order to boost league capital. However, efforts to expand to Minneapolis-St. Paul and Seattle fell through. San Antonio was mentioned as a possible market for expansion, as rapid growth through the 1970s propelled it to major-city status. By 1984, almost 800,000 people lived in San Antonio, making it the 11th largest city in the United States. Despite this, a series of studies of possible new cities concluded that San Antonio could not support a USFL team. The San Antonio area, then as now, was considered a medium-sized market because the surrounding suburban and rural areas were far smaller than the city itself.

The owners were also somewhat skeptical about Manges’ bid, not in the least because he planned to base the team at Alamo Stadium, a Works Progress Administration project and high school stadium that seated only 18,000 people. Ultimately, fears that Manges would seek a franchise in a proposed league started by WFL, American Basketball Association, and World Hockey Association co-founder Dennis Murphy tipped the scales in his favor. At the time, the flamboyant oil baron was a member of the Forbes 400 and was thought to be one of the richest men in Texas. The USFL did not want to risk losing his apparent wealth to a rival league. Ultimately, the league folded before it could get off the ground when the USFL placed teams in three of its potential markets–San Antonio, Memphis, and Houston.

The USFL had endeavored to avoid the mistakes of the ill-fated World Football League by requiring prospective owners to undergo detailed due diligence and requiring franchises to meet strict capitalization requirements. However, the league neglected to perform any meaningful due diligence on Manges’ application. Additionally, despite–or perhaps, because of–his apparent oil fortune, the league also didn’t require Manges to make an initial capital investment (as is standard for most major league sports franchises). Instead, Manges appeared to pay team expenses out-of-pocket as they arose.

The result was an organization that was notoriously cheap, even by USFL standards. The front office was staffed mainly by friends and family. The team bus was an old San Antonio Independent School District bus with a malfunctioning gas gauge; the driver had to manually check the tank. The Gunslingers had to add 14,000 folding chairs around the end zones to bring the stadium to the USFL’s minimum capacity. The team office was located in a double-wide trailer in the Alamo Stadium parking lot.