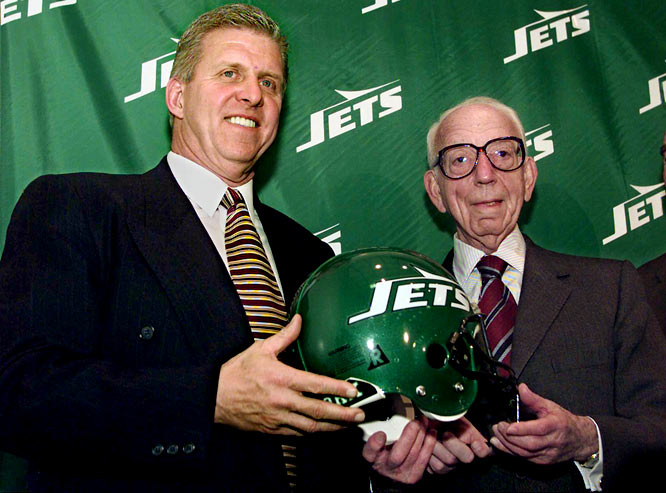 Hess acquired full ownership of the Jets on February 9, 1984, when Helen Dillion sold her 25% interest to him.

Leon Hess became well known for his Hess Corporation gas stations; however, he also played an instrumental part in the development of the Jets during his tenure as co-owner and eventually sole owner. Hess had often fought for improvements while the team was a tenant at Shea Stadium but generally stayed away from football operations, allowing his coaches and general manager to make football-related decisions.

Becoming the team’s majority stockholder in 1973, Hess bought Philip H. Iselin’s share upon his death in 1976 after which only two of Hess’ partners remained, Townsend Martin and Helen Dillon, who had inherited the stake from her father Donald Lillis, upon his death. Hess began to buy out the remaining partners in 1981 when he bought Martin’s 25% stake for $5 million. Hess bought Dillon’s stake three years later for another $5 million, acquiring sole control of the team.