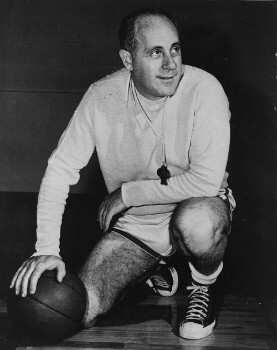 After losing their next six games Coach Roger Potter was fired and replaced by Arnold “Red” Auerbach. Under Auerbach the Blackhawks would go on to finish in third place with a 29-35 record finishing in third place in the Western Division. IN the playoffs the Blackhawks would be knocked off by the Anderson Packers in a three game series. Following the season Auerbach would not renew his contract