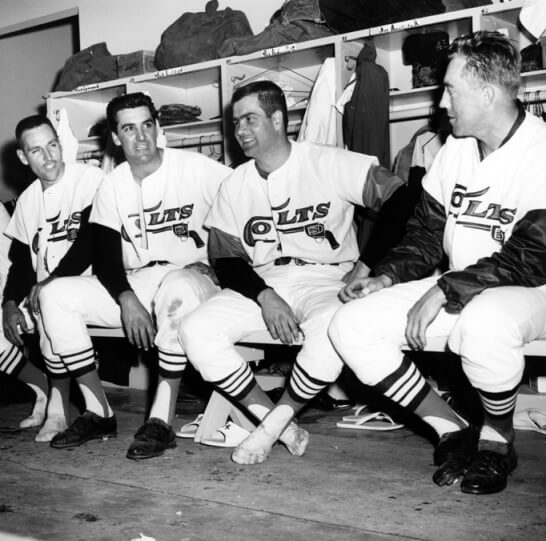 The new Houston team was named the Colt .45s after a “Name The Team” contest was won by William Irving Neder. The Colt .45 was well known as “the gun that won the west.” The colors selected were navy blue and orange. The first team was a group of scrubs formed mostly through an expansion draft after the 1961 season. The Colt .45s and their expansion cousins, the New York Mets, took turns choosing players left unprotected by the other National League franchises.