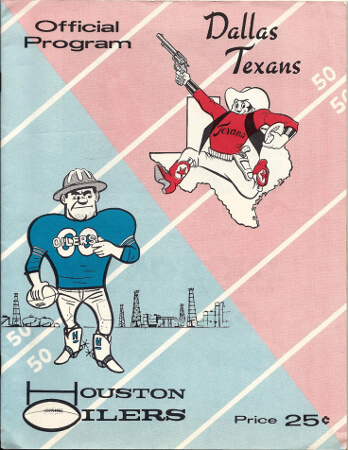 The Houston Oilers began in 1960 as a charter member of the American Football League. They were owned by Bud Adams, a Houston oilman, who had made several previous unsuccessful bids for an NFL expansion team in Houston. Adams was an influential member of the eight original AFL owners, since he, Dallas Texans/Kansas City Chiefs founder Lamar Hunt and Buffalo Bills founder Ralph Wilson were more financially stable than the other five all three would go on to own their franchises for over forty years, whereas the others pulled out by the 1980s.