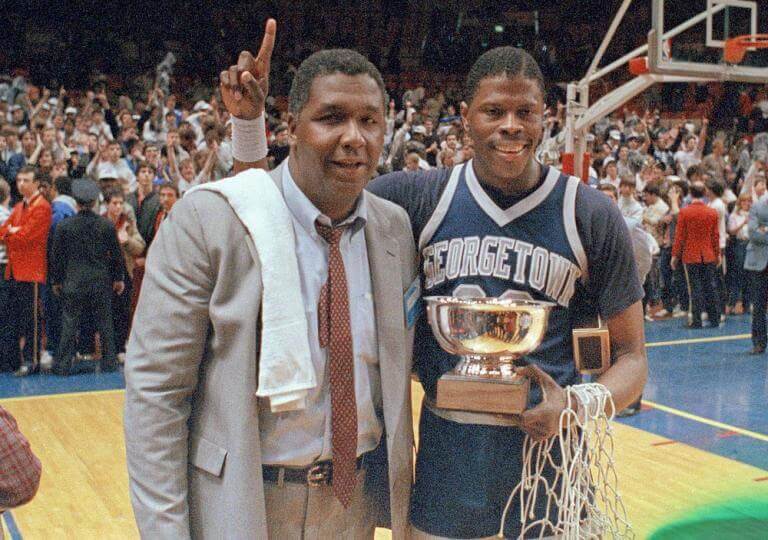 In the first national semifinal, Houston, playing in its third consecutive Final Four, edged Virginia, which reached the Final Four as a No. 7 seed in the East region, 49–47. The Cavaliers reached the national semifinals despite the graduation of four-time All-American Ralph Sampson the previous season. Coincidentally, Houston’s All-America center, Akeem Olajuwon, would soon become Sampson’s teammate with the Houston Rockets.

In the NCAA final, Georgetown faced Houston on April 2. Reggie Williams demonstrated his true potential for the first time, putting in a strong defensive performance and shooting 9-for-18 (50.0%) from the field with 19 points and seven rebounds in the game, while Wingate scored 16 points and Ewing managed 10 points and nine rebounds. Jackson scored 11 points and had six assists, two of which set up Ewing and Graham for decisive baskets late in the game. The game was decided well before the final whistle, and the Hoyas won the school‘s first national championship 84–75. Late in the game, with Georgetown enjoying a comfortable lead, Thompson began to pull starters out and give bench players some time on the court; the game’s enduring image came when senior guard Fred Brown came out of the game.