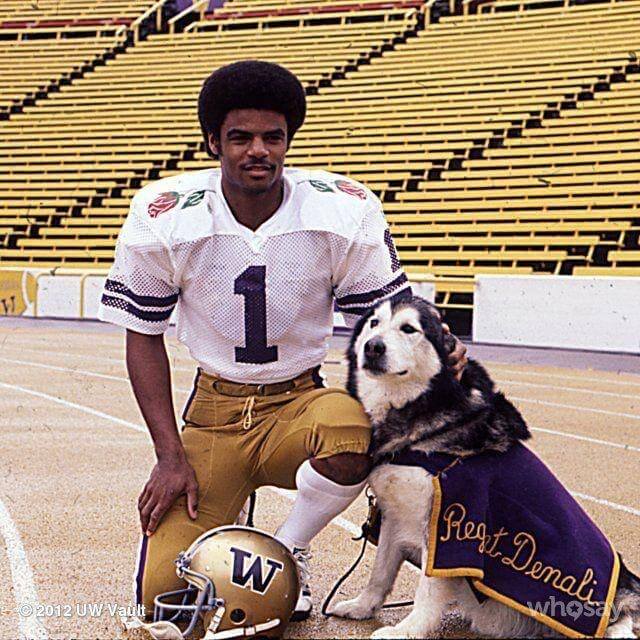 Moon attended two-year West Los Angeles College and was a record-setting quarterback as a freshman in 1974, but only a handful of four-year colleges showed interest in signing him. Offensive coordinator Dick Scesniak of the University of Washington in Seattle, however, was eager to sign the rifle-armed Moon. Adamant that he played quarterback, Moon considered himself to be perhaps a slightly above-average athlete who lacked either the size, speed, or strength to play other positions.

Under new head coach Don James, Washington was 11–11 in Moon’s first two seasons as a starter, but as a senior in 1977, he led the Huskies to the Pac-8 title and a 27–20 upset win in the Rose Bowl over Michigan. Moon was named the game’s Most Valuable Player on the strength of two short touchdown runs and a third-quarter 28-yard touchdown pass to wide receiver Robert “Spider” Gaines.