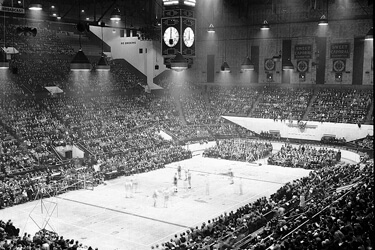 On that night, anyone taller than George Nostrand, the tallest Husky at 6’8″, was given free admission. Attendance quickly dwindled and the Toronto Star published an estimate that team owners lost $100,000 in one season of operations.