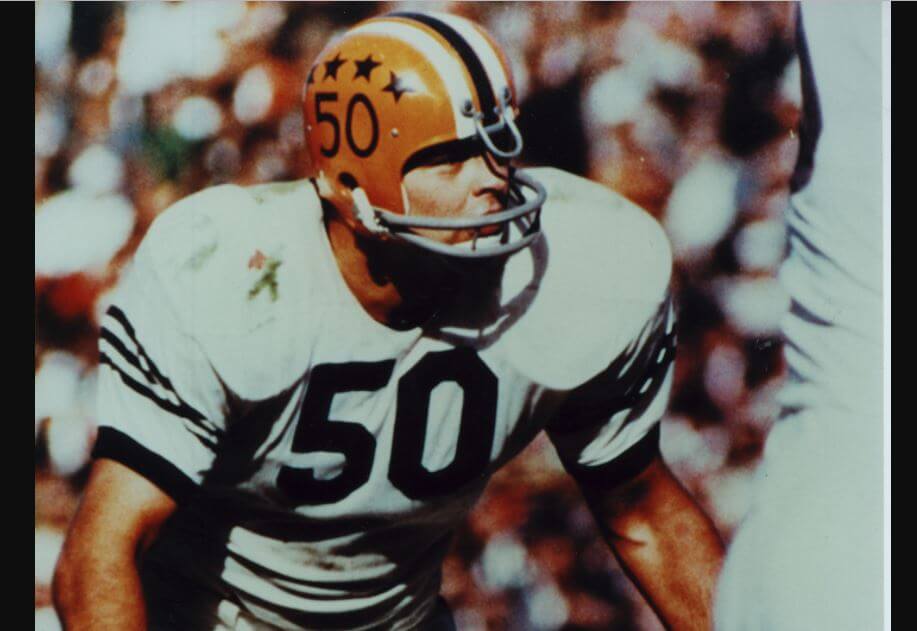 Butkus chose to attend the University of Illinois and played center and linebacker from 1962 through 1964 for the Illinois Fighting Illini football team. In his first year on the varsity team, he was named to the 1962 All-Big Ten Conference football team as the third-team center by the Associated Press (AP) and second-team center by United Press International (UPI). In 1963, Illinois compiled an 8–1–1 record and defeated Washington in the 1964 Rose Bowl. Butkus was named the team’s most valuable player for the season and was awarded the Chicago Tribune Silver Football as the Big Ten’s most valuable player. He was a unanimous choice as a center for the 1963 College Football All-America Team, earning first-team honors from all seven major selectors.

As a senior in 1964, Butkus was named the team’s co-captain along with safety George Donnelly. UPI deemed Butkus college football’s Lineman of the Year for 1964, and he was named the player of the year by the American Football Coaches Association and The Sporting News. For the second consecutive season, he was deemed the Illini’s most valuable player. He was chosen for the 1964 All-America team by five of the six major selectors. In a cover story for Sports Illustrated that season, sportswriter Dan Jenkins remarked, “If every college football team had a linebacker like Dick Butkus of Illinois, all fullbacks soon would be three feet tall and sing soprano.” Butkus also finished sixth in Heisman Trophy balloting in 1963 and third in 1964, rare results both for a lineman and a defensive player. According to statistics kept by the university, he completed his college career with 374 tackles: 97 in 1962, 145 in 1963, and 132 in 1964.