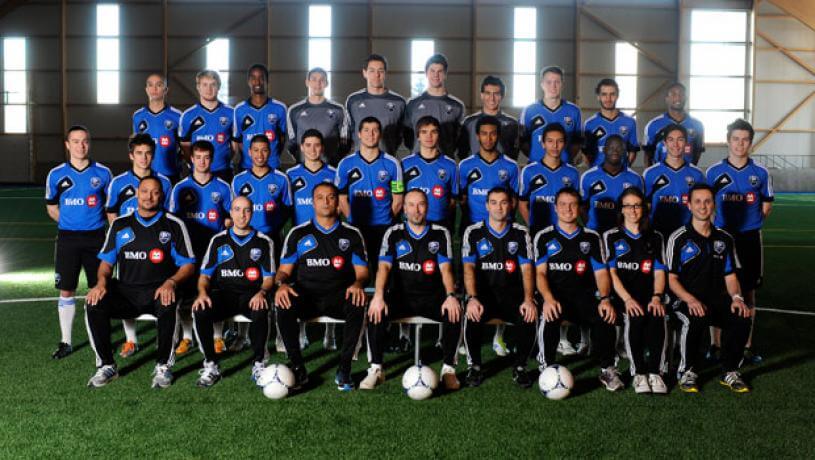 On November 22, 2008, the group’s bid for an MLS franchise was not retained by commissioner Don Garber. In response to Vancouver’s successful bid in March 2009, Impact GM Nick De Santis commented that he expected chairman Saputo to pursue and realize his vision of Montreal as an MLS franchise someday. By May 16, 2009, the Montreal Gazette reported Garber and Saputo had resumed talks for an expansion team to begin to play in 2011.

On May 7, 2010, Garber and Saputo announced Montreal as the nineteenth club in Major League Soccer, set to begin to play for the 2012 season. The MLS franchise is privately owned by the Saputo family.

On June 14, 2011, the Montreal Impact announced a five-year agreement with the Bank of Montreal to become their lead sponsor and jersey sponsor in MLS.

On March 10, 2012, the Impact played their first MLS game, a 2–0 loss against Vancouver Whitecaps FC. A week later, the team made its home debut at the Olympic Stadium, playing to in a 1–1 draw with Chicago Fire; the match attracted 58,912 spectators, surpassing the previous record for professional soccer in Montreal established in a 1981 Montreal Manic home game against the Chicago Sting (58,542). On May 12, 2012, the Impact played in front of a crowd of 60,860 spectators during a game against the Los Angeles Galaxy, establishing a record attendance for a professional soccer match in Canada. In the 2012 regular season, Montreal had finished in seventh in the Eastern Conference with a record of 12 wins, 16 losses, and 6 ties.