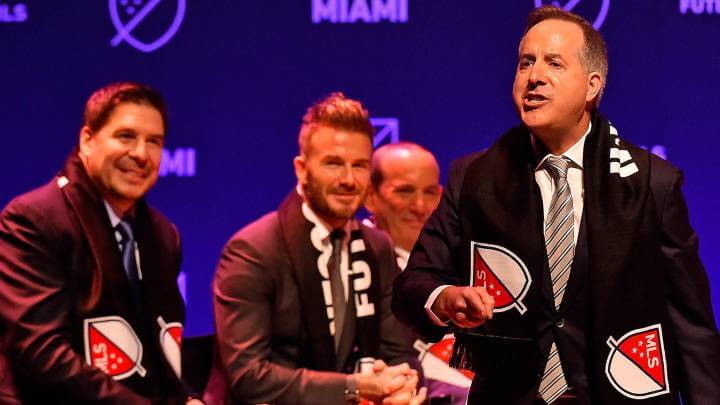 On January 29, 2018, the Miami Beckham United group, four years after the owner’s original announcement of pursuing a team, was awarded the twenty-fifth MLS franchise and was set to launch in the 2020 season. The announcement represented part of a larger MLS expansion that would increase its number of teams to 26 by 2020 and 30 after that. Since Beckham’s original announcement of his intention to place a team in Miami in 2014, Orlando City, New York City FC, Atlanta United, Minnesota United, Los Angeles FC, and FC Cincinnati have all begun MLS play. Paul McDonough was hired as a sporting director effective August 4.

The team’s ownership now operates through Miami Freedom Park LLC. Some graphics used by the group have evoked the Freedom Tower, a city landmark.

Inter Miami’s first MLS game was played on March 1, 2020, losing 1–0, away to Los Angeles FC. Designated Player Rodolfo Pizarro scored the first goal in Inter Miami history the following game on March 7, in a 2–1 loss to D.C. United. Their first home match will be on March 14, 2020, against LA Galaxy, Beckham’s former club.