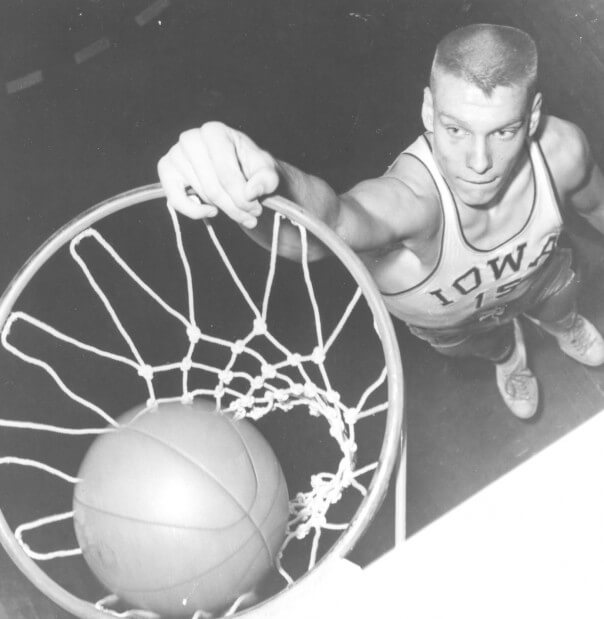 “It was a terrific training ground for the pros,” Nelson said. “So many of them became stars.”

“It’s an overused phrase, but the tougher the game got, the tougher Don played,” Scheuerman said of Nelson. “He always had a lot of savvy. Don did some things you just can’t coach. Some players have the body but aren’t mentally tough. Others are mentally tough but don’t have a body. Don had both.”

“I felt more responsibility and my teammates expected me to carry a bigger portion of the load,” Nelson said of his Iowa career. “I still look back at that time as one of the highlights of my whole career. Sharm did a terrific job coaching and we played some terrific basketball.”

“What I remember most about it is playing for Sharm and our relationship over 50 years and how close we were and how much I loved that man,” Nelson reflected in 2012 of Scheuerman, who died in 2010. “A role model certainly, but I could never duplicate that man’s life because he was so special. I certainly tried. I’m certainly a better person just by knowing him and talking to him. But we spent a lot of time together over the last 50 years.”