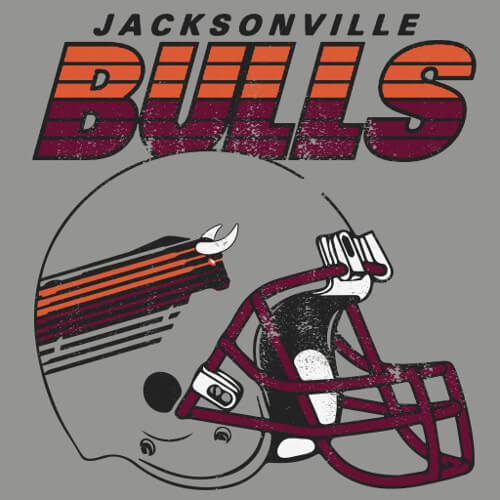 Former Miami Dolphins stars Larry Csonka and Jim Kiick were involved in an advertising campaign for the team, and they apparently had a minor ownership interest as well. Larry Munson was hired as a radio play-by-play announcer. His distinctive voice was already well known in the Jacksonville area due to his long association with both the University of Georgia Bulldogs and the National Football League’s Atlanta Falcons.

The Bulls made an immediate splash in their first game, in which they blew out the Washington Federals 53-14. Although they finished 6-12 — last in the tough Southern Division — they were far more competitive than their record indicated. Six of their losses were by a touchdown or less, including two losses by a last-second field goal. They remained in contention for most of the season, but a six-game losing streak toward the end of the season kept them out of the playoffs.