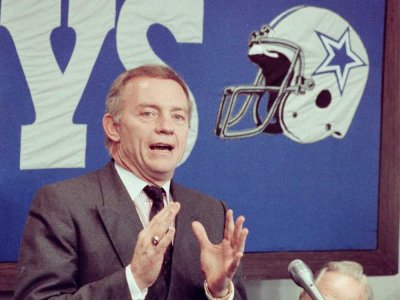 On February 25, 1989, Jones purchased the Cowboys from H.R. “Bum” Bright for $140 million. Soon after the purchase, he fired longtime coach Tom Landry, to that point the only coach in the team’s history, in favor of his old teammate at Arkansas, Jimmy Johnson. A few months later, he fired longtime general manager Tex Schramm and assumed complete control over football matters.