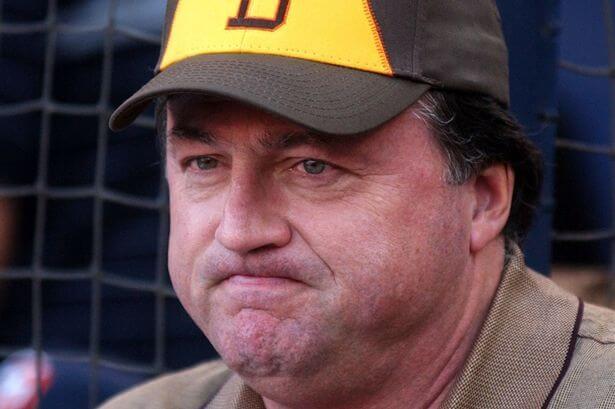 Werner’s time as majority owner ended when John Moores acquired an 80% interest for $80 million on December 22, 1994. Werner retained a 10% share in the franchise until he sold it to Moores before the start of the 2007 season.

In 2009, Moorad put together a group to buy the San Diego Padres from John Moores. Moorad and his group of 12 investors (including former client Troy Aikman, billionaire Chairman/CEO of Save Mart Supermarkets Bob Piccinini, and then-CEO of Panda Express Tom Davin) began the purchase of the team with Moorad serving as club CEO and Vice-Chairman. The sale was valued at about $500 million, and the group planned to purchase the team over five years. During this time, Moorad’s group also purchased the Padres’ minor league Triple-A team, the Portland Beavers.

By January 2012, Moorad and his group held 49% ownership of the Padres when MLB deferred voting approval for the group to complete the sale with Moores. In March 2012, Moorad withdrew the group’s application to complete the full purchase of the Padres. He stepped down as CEO of the Padres later that month but remained with the team as Vice-Chairman. Some media outlets speculated that Moorad was short of the needed support of 22 MLB team owners to complete the purchase of the Padres, though only two were suspected of opposing Moorad’s ownership two would have been enough for Selig to delay voting, however, given his desire, and a good record for unanimous votes by MLB owners. Moores declared that the entire team was up for sale again in April, citing the good opportunity in the market after the record $2 billion sale of the Los Angeles Dodgers; Moorad’s minority group would receive 49% of the proceeds of any sale of the Padres. Moorad was succeeded by Ron Fowler as head of the group of any owners transferring ownership to the new purchase. In August, the Padres were sold for $800 million, a $300 million increase over the valuation in the 2009 sale.