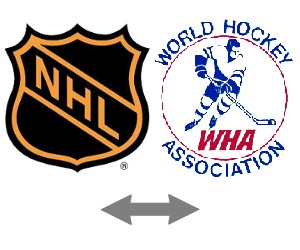 The Oilers joined the National Hockey League for 1979 – 1980, along with fellow WHA teams Hartford Whalers, Quebec Nordiques, and the Jets following a merger agreement between the two leagues. Of these four teams, only Edmonton has avoided relocation and renaming; the Nordiques became the Colorado Avalanche in 1995, the Jets became the Phoenix Coyotes in 1996, and the Whalers became the Carolina Hurricanes in 1997.