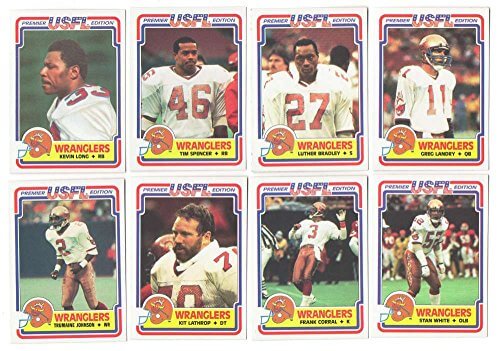 Despite making it to the Championship game, Diethrich was bleeding in red ink. He expected his all-star team’s attendance to be much greater than the 25,776 fans per game the no-name Wranglers averaged in 1983. However, as had been the case a year earlier, Phoenix-area fans viewed the Wranglers mostly with indifference. Despite fielding a winning team, the Wranglers’ 1984 attendance figures (25,568 fans per game) were actually lower than the 1983 numbers, as fans were slow to warm to the new players.

After losing millions for the second year in a row, Diethrich decided to get out. He found a willing buyer in Oklahoma Outlaws owner William Tatham, who was looking for a larger market with an acceptable stadium. The two men reached a deal in which Tatham acquired the Wranglers’ assets. Since Tatham acquired all the Wranglers’ player contracts, the deal was widely reported as a merger. Tatham relocated the Outlaws to Arizona for the 1985 season, merging the rosters into the Arizona Outlaws.