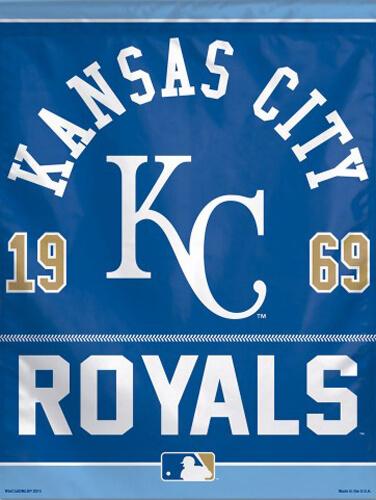 When the Kansas City Athletics moved to Oakland after the 1967 season, Kansas City was left without major league baseball or, for the first time since 1883, professional baseball at all. An enraged Senator Stuart Symington threatened to introduce legislation removing baseball’s antitrust exemption unless Kansas City was granted a team in the next round of expansion. Major League Baseball complied with a hasty round of expansion at the 1967 winter meetings. Kansas City was awarded one of four teams to begin play in 1971. However, Symington was not satisfied with having Kansas City wait three years for baseball to return, and pressured MLB to allow the new teams to start play in 1969. Symington’s intervention may have contributed to the financial collapse of the Royals’ companion expansion team, the Seattle Pilots, who had to begin play in 1969 before they were ready the league required new franchises to enter in pairs to preserve symmetry for scheduling purposes. Pharmaceutical executive Ewing Kauffman won the bidding for the new Kansas City team, which he named the Royals after the American Royal, a livestock show, horse show, and rodeo held annually in Kansas City since 1899. Some sources say it was in honor of the Kansas City Monarchs, a Negro League team. The team’s logo, a crown atop a shield with the letters “KC” inside the shield, was created by Shannon Manning, an artist at Hallmark Cards, based in Kansas City.