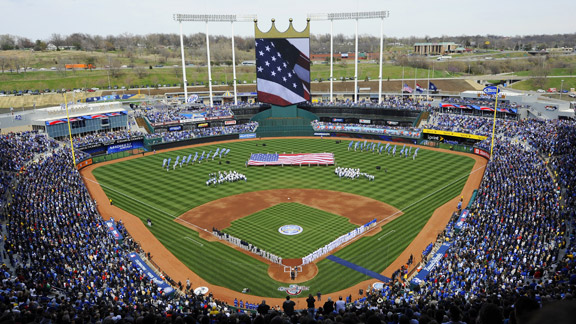 Kauffman Stadium was built specifically for baseball during an era where building multi sport “cookie-cutter” stadiums were commonplace. It is often held up along with Dodger Stadium in Los Angeles as one of the best examples of modernist stadium design.

It is one of two ballparks in the American League to currently be named after a person (Ewing Kauffman), the other being the Rogers Centre for then-owner Edward Samuel Rogers which was renamed in 2005 from the SkyDome. The stadium is 40 years old, making it the sixth-oldest stadium in Major League Baseball. Kauffman Stadium recently underwent a $250 million renovation, which began after the 2007 season and was completed in July 2009.