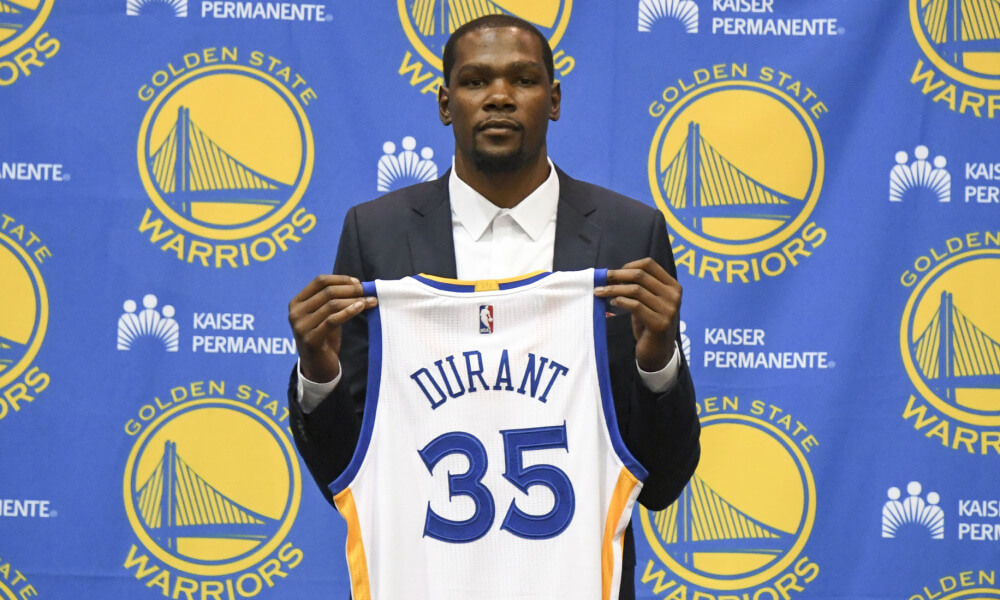 2015 - Kevin Durrant Leaves for the Warriors

After the 2015 season, Kevin Durant left the team in free agency for the Warriors. The move was not well received by the public or NBA analysts, with many comparing the move to LeBron James’ 2010 off-season departure from Cleveland to join the Miami Heat. On July 7, he was officially introduced by the Warriors organization[40] and signed a two-year, $54.3 million contract, with a player option after the first year.